Republicans have grave difficulty speaking about women issues from Rape, abortion, birth control the woman's role in the society and now Gov. Mike Huckabee discussing the woman's Libido. The fact is when Republicans discuss these issues concerning women it is done by men who do not know or  have not in the past shown sensitivity to the women's need and have blocked the growing influence of women in our society. 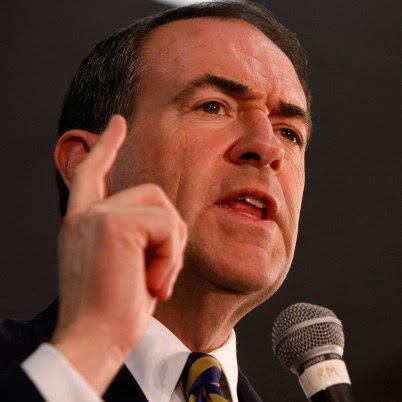 Democrats, Mike Huckabee said, see women as “helpless and hopeless creatures whose only goal in life is to have a government provide for them birth control medication" because they "cannot control their libido or their reproductive system without the help of the government."

“It’s time for Republicans to no longer accept listening to Democrats talk about a war on women," Mike Huckabee continued, "Because the fact is, the Republicans don’t have a war on women. They have a war for women. For them to be empowered; to be something other than victims of their gender.

"Women I know are outraged that Democrats think that women are nothing more than helpless and hopeless creatures whose only goal in life is to have a government provide for them birth control medication," he continued. "Women I know are smart, educated, intelligent, capable of doing anything anyone else can do. Our party stands for the recognition of the equality of women and the capacity of women. That’s not a war on them, it’s a war for them.

Nine years ago, as Governor Mike Huckabee thought that the government should ensure that everyone had access to contraception.

"And if the Democrats want to insult the women of America by making them believe that they are helpless without Uncle Sugar coming in and providing for them a prescription each month for birth control because they cannot control their libido or their reproductive system without the help of the government, then so be it," he said. "Let’s take that discussion all across America because women are far more than Democrats have made them to be. And women across America have to stand up and say, 'Enough of that nonsense.'”