What Voter Fraud, Hogwash or Bullshit!

State Senator Nina Turner said, "these signs have only been posted in areas where blacks, Hispanics, and the poor live". She said she believes they're meant to intimidate voters.

A Clear Channel spokesman said the billboard ads were paid for by a private family foundation from out of state. He said they weren't meant to attack any individual or group; nor do they represent the views of Clear Channel in any way. 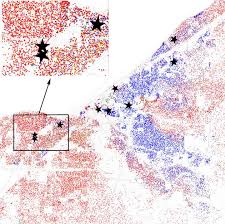 Vote it's your Right!

Voting is not a Black or White issue voting is your right, Americans die on the Battlefield in Vietnam  Somalia and most recently over 4200 Americans died in Iraq and another 2000 Americans have died and and is still dying in Afghanistan for their Citizens right to vote. Here in America Clear Channel Corporation engaged in a contractual agreement allowing their Billboards to be used for Voter intimidation. In their own words Clear Channel has said the Billboards in Cleveland are Posted by a Private Family foundation from out of State.

Clear Channel is defending itself by saying  that these Billboards weren't meant to attack any particular Group, but by their very location as seen in the map above these billboards are placed in minority areas who vote for  the Democratic Party. That explanation by clear Channel is, Hogwash, Bullshit and should be held accountable for enjoining a Private foundation to interfere with voters in an election.