Malala Yousafzai dreamed of becoming a doctor, but recently she became interested in politics and speaking out for the rights of children. She was on a school bus with her classmates when gunman stopped the bus, asked for her, and shot Malala her twice, in the head and neck, leaving her seriously wounded in Pakistan. 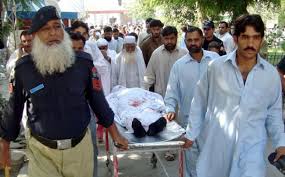 Malala being taken to hospital.

Pakistan’s prime minister said, “Malala Yousafzai is like my daughter, and yours too. If that mind-set prevails, then whose daughter would be safe?”. Pakistani army’s chief general said that the Taliban has “failed to grasp that she is not only an individual, but an icon of courage.”

The U.S. government called the shooting of Malala Yousafzai “barbaric” and “cowardly.”

Anne Frank wrote, “How wonderful it is that nobody need wait a single moment before starting to improve the world.” Today, for Malala Yousafzai and the many girls like her.