Mitt Romney will Not Repeal the, "Affordable Care Act" 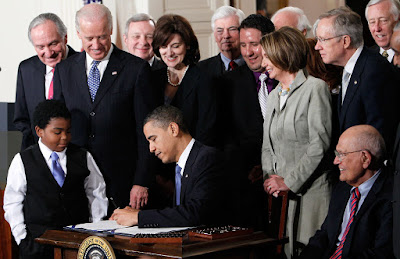 At its inception Mitt Romney thought Romney Care would be a model for the whole Country having the vision of health care cost going down because preventative care was a big part of the Romney Care Law. Most Private health care providers does not include preventative care in their plans and if they do these are the most expensive plans affordable by the majority of the public.
prostate exams Mental health, early childhood screening for kids, insurance companies in Massachusetts were no longer to limit patient care. This Romney health care over time was Mitt Romney's remarkable achievement as the Governor of the commonwealth of Massachusetts and was done with by-part-ism support of Republicans and Democrats.

"The Affordable Care Act Passed by United States Congress and signed into Law By President Obama is now deemed Constitutional by the Supreme Court the highest Court in the Land will not be repealed by Mitt Romney should he become the President of the United States".

Lastly Mitt Romney will be mindful of his place on the pantheon of Presidential Club, Barack Obama will be in that Club for a long time and Mitt Romney if elected President will join that Club at some time. Wiping out Barack Obama's most important achievement will not be a easily forgotten fete.

Both leaders will be forever tied at the hip for having the genius of passing a Law that escaped other Presidents Republicans and Democrats a like for over 100 years.